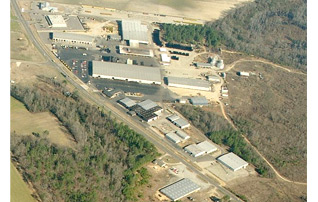 On April 1, 1966, Pat Godwin came home from work and told his wife, Judy, that he had delivered his last case of soft drinks as a route salesman for Pepsi Cola. Judy yelled, "April Fools!" Pat said, "It may be April fools Day, but I will not be going back." They had two toddlers in diapers at that time, and realizing he had quit a good, steady job, Judy cried for weeks. Judy had a job as a cashier at a local grocery store, and when she left for work each day, Pat would unplug the electric stove and plug in his welder that was situated in a detached garage. The business grew to what it is today, the nation's largest and most successful family owned and operated truck equipment manufacturer, with nearly half a million square feet under roof.

During this time, the company undergoes a massive expansion.

The Godwin Group is created to streamline purchasing and accounting for all companies.

Godwin hoist popularity leads to the creation of Champion Hoist & Equipment Co. which shares a 250,000 square foot facility with The Godwin Group offices.